Bayside FC Junior Academy offers boys and girls ages 4-10 the opportunity to build a solid foundation of technical skills and tactical understanding in a positive environment. Our goal is to use this environment to educate players on the basics of the game and grow their love of the sport. Players are guided to learn various new skills and fall in love with the ball by experienced and enthusiastic coaches.

Bayside FC also runs various camps throughout the year for boys and girls ages 4-18. Our camps are lead by experienced and knowledgable coaches with a love for the game. Many of our campers come back year after year as they love the camp environment that is created. 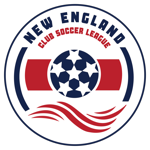 The NECSL is  a club-based league in New England focused on player development. Participation in the league is limited by a number of minimum standards and commitment that the clubs need to meet including facilities and coaching experience. The NECSL is a USYS league and has clubs from all New England states. NECSL has leagues and divisions for 7v7, 9v9 and 11v11 teams.

The New England Impact NPL will enjoy a pathway to postseason opportunities, player identification and development, cup-based competition, player health and safety resources, robust coaching education and so much more. Our inaugural Impact season will offer competitive club versus club competition opportunities in the NPL pathway for U-13 through U-18/19 girls teams with regional expansion to come in the fall of 2021.

A large majority of our players decide to play soccer in college. Our players have gone on to have successful careers at hundreds of colleges at the Division I, II, and III levels across the United States. Some colleges where our players have attended include Wake Forest, Providence College, University of Rhode Island, and West Virginia University. Bayside FC is committed to placing our players in college if they express interest in playing. Our coaching staff has strong connections in the college soccer landscape to assist our players' placement.